One of the stranger public policy battles over the last 20 years has been over genetically modified crops. It’s strange because activist groups have been able to demonize vital technology that ought to be as controversial as sliced bread. Will they be as successful in Round 2 of the debate?

Farmers have been modifying genes of plants for centuries through selective breeding. In the 20th Century, along came scientific technology that allowed plant scientists to insert genes from other plants into crops to improve production, such as giving drought resistant traits to a plant (modified foods are commonly called GMOs, or genetically modified organisms—one more reason scientists shouldn’t be in charge of branding). Now scientists have developed CRISPR, which allows for changes to be made to a plant’s DNA without inserting new genes, but that still allow for similar benefits, such as corn with drought resistance or wheat with reduced gluten.

Yet strident campaigns against genetic modification technology by environmental and organic-agriculture lobbies have created considerable concern among the public, with a recent poll finding 52 percent of consumers mistakenly think genetically modified foods have a health risk. This belief comes in spite of scientific bodies across the globe saying that genetically modified foods as just as safe as non-GMO foods.

Already some activists are demonizing the new CRISPR technology, according to the Wall Street Journal, with one saying of the technology: “if left unchecked it will sneak its way onto every grocery store shelf.”

Is that a bad thing? Hardly.

If scientists can engineer crops to have more micronutrients, that’s great for consumers—especially the malnourished in developing countries. Genetically engineered crops require reduced land and pesticide use, which you would think environmentalists would appreciate. Instead, the GMO 1.0 debate was driven by their ideological opposition to genetic engineering technology, which some environmentalists view as tinkering with nature. However, humans have been tinkering with nature for millennia by trying to breed crops to have certain genetic traits.

Any company that wishes to utilize CRISPR technology should learn from the past and invest heavily in consumer education—because it’s unclear if environmentalists will ever get with the times. 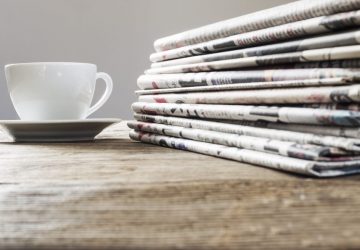 The Best and Worst News Stories of 2014