Today, the Trump Administration finalized a rule allowing Americans to purchase short-term, limited duration health insurance plans that last up to one year and can be renewed for three years.

Why does it matter?

For one, health insurance is really expensive (duh). Short-term health plans were first designed to bridge unexpected gaps in coverage. They’re significantly cheaper (to the tune of $352 less per month for some adults) because short term plans simply don’t cover everything. For that reason, they’re not a good idea for couples who plan on having a child in the near future, or someone with a chronic health problem.

But for healthy consumers facing the choice between keeping the lights on or paying for healthcare, short-term plans introduce much needed diversity and competitive rates into the marketplace.

With annual premiums skyrocketing above $6,000 for individuals and $16,800 for families by 2014, Americans increasingly turned to less expensive short-term plans when they could no longer afford the high premiums associated with traditional insurance. That trend put a damper on the “affordability” of the Affordable Care Act rollout, since younger, healthier individuals tended to be the ones opting for short term insurance. As a result, the Obama Administration capped short-term plans at a maximum of three months, thereby forcing consumers onto the Marketplace for coverage that lasts all year.

This new rule reverses that trend, and allows consumers to renew their plan for up to three years. According to the Congressional Budget Office and Joint Committee on Taxation, 2 million Americans will opt for short-term health plans by the time the change is fully implemented. That’s a substantial part of the population, and they’re capable of weighing the risks and benefits of products they choose.

The biggest criticism of short-term plans suggests that they’ll cause premium rates to rise in the Federal Marketplace as a result of fewer healthier individuals padding the Exchange’s risk pools. Newsflash: Premiums have risen every year that the Affordable Care Act was in place. In March, Covered California estimated that monthly premiums across the country could cost between 12 and 32 percent more in 2019 than they cost this year. It’s hardly fair to blame that increase on today’s short-term insurance rule. Additionally, the CBO’s analysis indicates that any cost increase attributed to the availability of short-term plans will amount to 2-3 percent, or roughly the same as inflation.

Those who remain troubled by the specter of broad premium increases across the state and federal Exchanges must reconcile their ideals with this reality: Do we truly expect those Americans who are least able to afford healthcare to subsidize maternity coverage for a family who can afford a Gold or Platinum ACA plan?

Our answer is no. 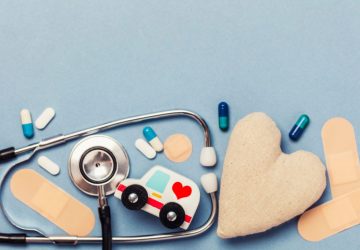