The marketing departments of the newest crop of fake meats love to imply that their products are natural and healthy. But when you flip the package over and really look at the ingredients you may be shocked that these vegan discs are made from a mishmash of processed ingredients and factory assembled.

Let’s take a look at some key ingredients in the Beyond Burger, which promotes itself as not having the “health…downside” of natural meat from livestock.

First up, canola oil. Canola oil comes from rapeseeds and in order to get all the oil out of the seeds, canola cakes undergo more than an hour of being washed by hexane, which is a neurotoxin and a part of gasoline. Humans need fuel, but not that type.

The oil is then washed with lye and subsequently bleached. Then it goes in the Beyond Burger.

Another lovely oil in the Beyond Burger is coconut oil. Many people imagine coconut oil is healthy and they may be surprised by some scientific findings. Chief among these is a recent viral lecture from a Harvard professor who declared coconut oil to be “pure poison.”

That may be a slight exaggeration. Coconut oil isn’t cyanide, but that doesn’t mean it’s a good idea to consume it in large quantities. The American Heart Association reports that 82% of the fat in coconut oil is saturated, therefore it raises a person’s LDL or “bad” cholesterol. This beats out butter (63%), beef fat (50%), and pork lard (39%).

For a movement that loves to tout a healthy and natural-based lifestyle, it’s curious that one of the most buzzworthy vegan products is a 22-ingredient, highly-processed patty, which has more additives than you can shake a stick at and comes with some eyebrow-raising health concerns. And then, of course, there’s the Impossible Burger (also plant-based) and the controversy over its use of heme.

For the record, we’re not against additives. They’re generally safe, and some of these claims above may well be overblown. But we suspect there will be a quite a mental conflict between the “foodies” who tend to adopt new trends—such as “clean” foods with no additives—and Beyond Meat’s Frankenstein concoction. 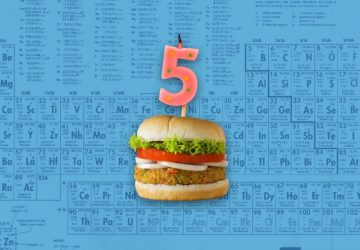