We haven’t heard from the so-called Physicians Committee for Responsible Medicine in a while. Readers may remember PCRM as the PETA-linked vegan scolds whose leader once said, “To give a child animal products is a form of child abuse.” We’re sure the kids enjoying ice cream on a hot summer day would beg to differ.

PCRM has reared its head again. The group is now suing the USDA over claims that the agency has been dodging PCRM’s requests. The requests include a 2013 petition to ban all traces of fecal contamination in meat and a 2017 Freedom of Information Act request.

The requests made by the organization to the USDA are part of an effort to smear the meat industry and scare consumers. The petition wants the USDA to consider harmless strains of bacteria as contaminants. On top of that, the petition calls for a USDA label that says meat “may contain feces.”

There’s a glaring issue with that plan, though. The USDA already has a zero tolerance policy for any visible fecal contamination. The process consists of randomized checks on carcass samples, if any contamination is found then the USDA will ensure that no contamination spreads through to the food supply.

PCRM, whose membership is only around 10% doctors, is known for using scare tactics and junk science to promote veganism. As with PCRM’s previous labeling lawsuit in California, we hope this one gets laughed out of court. 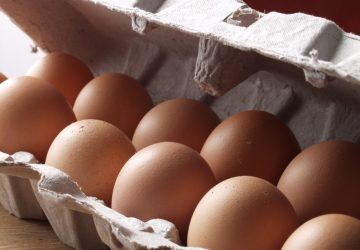